I have experienced it while watching Valerie and Her week of Wonders at Hyde Park cinema, listening to Alcest, or simply waking up in the morning feeling rays of light caressing my face through Venetian blinds and fences. At times it is something outside me that triggers this inner feeling, other times it comes wholly from within. It is similar to what Proust describes in his Madeleine cake epiphany. I have tried to explain it to myself and to others many times before, and yet I can never capture its essence. It is so elusive, that is its charm. Whenever it happens, I try to keep hold of it, never let it go, I try to re-live those moments, feel their texture, their intoxicating effect on my mind, their infantile freshness. In such moments and the ones that follow, I feel spiritually aware. A temporary rebirth, eventually replaced by my less magical self. The magical one is carefree, light-hearted, pleasantly lightheaded, yet fully awake. The world travelled is beyond language.
Back to reality, everything is a game of words. Everything in this world. Even within oneself, everything is mediated through language, including one’s relationship with oneself.
That fairy tale sentiment happened at home recently: it was the sound of a colourful, metallic glimmer, followed by its image projected in a haze in my head. And then by all the veils lifted up, exposing my heart. A moment of epiphany, but also mystery. What was revealed and what was concealed? Indeed, it was strangely familiar. Familiarly strange. Was that a dream, or is everything else? 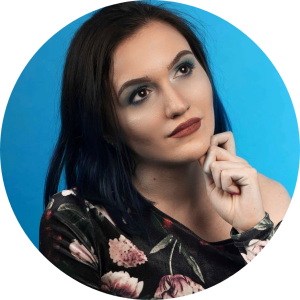 Diana Marin is a social media enthusiast, art lover, cinephile, and passionate creative content writer. She is a Literature and Film graduate with a Master of Arts in Film, Photography, and Media. She is the creator, curator, and editor of The Uncanny Archive. She is never afraid to explore and embrace the multi-faceted nature of her mind, artistic potential, and of the world through interdisciplinary interests. Some of the themes she has researched and been inspired by throughout the years include the uncanny, memories, identity, dreams, and the Unconscious mind.